The iSoccerPath Story: The Beginnings 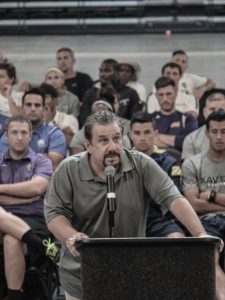 four years, Jaye managed as a volunteer for the MTCs, launching them in six western states for both boys and girls. He was responsible for managing the local roster invites, check-ins, procuring the fields and overseeing over 600 MTCs as Coach Perez’s assistant.
During this time, a single mom of a high school senior who was on the MTC roster asked if Jaye could help her figure out how to get her son recruited to play college soccer. Her son was a top prospect and playing in the top youth league in the U.S. However, frustratingly, he was not getting any traction from his club, coaches, or colleges and was already in his senior year of high school. Jaye took on the request to help her son and reached out to various college coaches that he had worked with on the MTCs. He put a plan together based on information learned throughout those meetings. This was late October, and letter of intent signing night was only about 12 weeks away. Jaye put together the tips and behind-the-scenes advice of what college coaches are looking for during recruiting process and worked with the young man over the next 2 months. The result: the young player was offered not one, but three NCAA Division I athletic scholarship roster spots!

The iSoccerPath Story: A Family Effort

Soon after, Jaye’s own son and daughter were 11th and 8th graders, respectively. Dallas, his son, was a top prospect and won the USSF DA XI Goalkeeper of the Year as a junior. Dallas graduated in 3.5 years as a Captain for the University of South Florida Men’s Soccer Team. Spenser, his daughter, had a different experience. She had a serious medical condition that made her miss her whole U14 and U15 playing years, and was also struggling with a learning disability that affected her test scores. She was only able to play her U16 to U18 years on the “B team” of her

Dallas is now playing in his 4th year professionally here in the U.S., as a goalkeeper for USL sides FC Cincinnati and Phoenix Rising. He received his Masters in Business and has less than $15,000 in student loan debt. He plays for the Guam National team and in 2017, was named Man of the Match in Guam’s World Cup Qualifier versus Oman. Parents of teammates and referrals reached out to Jeff and asked if he could help them. Without hesitation he agreed, and he was happy to give back what he had learned and help other students who wanted to play college soccer. In early 2014, the demand from families and club directors became too great. Jeff decided to put together a company based solely on the tenants of helping kids and parents navigate the college process. The whole idea behind the company was to help students reach their goal to play college soccer. iSoccerPath was formed.

The iSoccerPath Story: A National Program

3 Years of Helping Youth Soccer Players Succeed
At the end of our 3rd year, we are honored to work with over 100 clubs around the country, with many of these clubs using iSoccerPath as their college educational resource. We also teach at College ID Camps and college showcases such as Surf Cup, Blues Cup, and Rage Showcase. 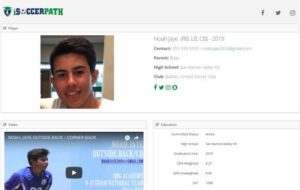 Educational Services SoccerPath prides itself on being a one of the only NCAA-assessed approved education companies*** not a recruiting or scouting service. Our goal is to keep costs as low as $30 a month, so that families of all means can afford the iSoccerPath programs. (***as of 8/2016)

Programs and Growth
Jeff enlisted the advice of college coaches to design the education curriculum, program, and calendar. Former USSF National team coaches became staff evaluators and directors, taking no salary or pay and providing technical, tactical and video evaluations for every client. What followed was a year of meetings and adding valuable staff members to key positions, including a counselor to review transcripts and test scores, to help students stay NCAA-compliant.

iSoccerPath is proud to work closely with the following organizations who add value to the youth soccer experience. We have no affiliation nor do we accept any type of monetary referrals from any of our partners. What we do have is a long-standing relationship with the Directors and staff, and we firmly believe in their values, coaching, and expertise. 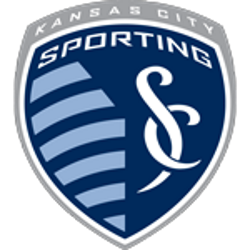 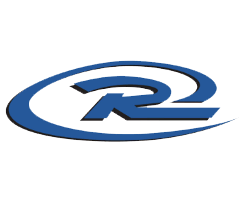