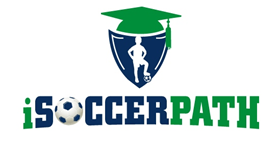 Your Bridge from Club To College Soccer

Osborne is one of the most decorated U.S. women’s soccer players of all time. Leslie was a three-time All-American and the recipient of the 2004 Honda Sports Award given to the nation’s top female athlete. Leslie played in the 2007 Women’s World Cup and had 62 caps for the United States Women’s National Team. She played professionally for 9 seasons and was team captain on all of her professional teams. Santa Clara University retired and honored her #10 jersey in September of 2011. She was also inducted in the West Coast Conference Hall of Honor in March of 2014. Most recently, the Boston Breakers retired her #12 jersey at Harvard Stadium in 2015 and Santa Clara Athletics inducted her into their Hall of Fame in May 2016. 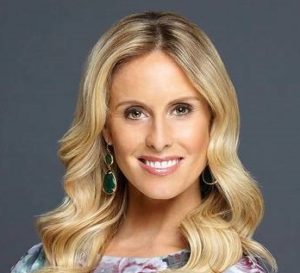 Leslie has also been a studio analyst for Fox Sports for the last 5 years and has covered 2 Women’s World Cups. Leslie is one of the co-founders of Sweat Cosmetics that launched in 2015. Sweat Cosmetics is high performance makeup designed to protect & enhance beauty while enduring a woman’s on-the-go life. Developed, tested and proven by professional and Olympic female athletes, Sweat believes in empowering active women to embrace their beauty, and encourage every woman to find their sweat. She has two daughters (Olivia & Gabriella) 1 & 2 years old.

“We at iSoccerPath are beyond honored to have Leslie Osborne join our Advisory Committee,” said Jeff Jaye, Founder and President of iSoccerPath. “Not only is Leslie one of our all time greatest decorated women’s soccer players in the U.S., she is passionately dedicated to our goal of getting as many youth players into college to receive their education through their chosen sport of soccer. The amount of offers Leslie received from companies all over the country, especially with her work at FOX during the World Cup, the fact she chose iSoccerPath is one of our greatest accomplishments we’ve ever had.”

“I am very excited and honored to be an advisory board member for iSoccerPath,” said Leslie Osborne. “Being a student athlete & National Champion at Santa Clara University was one of the best experiences of my life. I’m very passionate about helping other girls fulfill their dream and become a student athlete. The college admissions process can be complicated, daunting and intimidating and to have a company like iSoccerPath that is dedicated to educating student athletes through the process is a game changer. What I also love about iSoccerPath is that they are dedicated to help families in need. My focus is going to be on advising the company on meeting the company’s goals but also to teach young girls how to navigate the process. I cannot see why every girls team or girls club would not want to have iSoccerPath as their college education partner.”

To learn more about iSoccerPath visit their website at  www.isoccerpath.com