Previous Next
iSoccerPath Built on Family

iSoccerPath was born from a father trying to help his son succeed in the sport he loved. Founder Jeff Jaye was  involved in different aspects of the soccer world, from being a soccer parent to helping the U.S. Soccer Federation, but being a soccer parent is ultimately what drove Jeff Jaye to look for a better way to inform players and parents on how to find success. 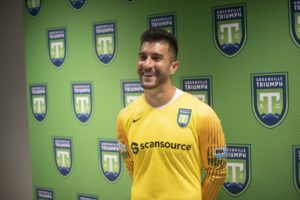 Jeff networked and put a lot of work into finding the best way to navigate the elusive soccer recruiting process. He started by helping a high school senior who was stressed about not being committed yet, but really learned the ins and outs by going through the process with his oldest son Dallas.

Dallas had the skill and his dad was there to help him navigate the process to be able to showcase that talent. Lessons were learned along the way and these lessons were essential in helping Jeff Jaye design the iSoccerPath program that now helps families and players secure a roster spot for themselves.

Dallas was a top youth soccer prospect, and won the USSF DA XI Goalkeeper of the Year as a Junior in high school, before eventually attending the University of South Florida.

Realizing that the opportunity to play soccer forever doesn’t exist, Dallas focused on setting himself up for the future, receiving his Masters in Business while keeping his student loan debt low and manageable. 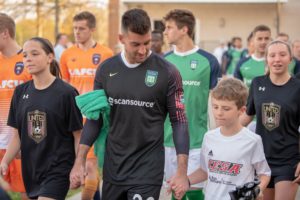 After graduating from South Florida, Jaye enrolled at Xavier University in 2015, where he played as a Redshirt Senior for the Men’s Soccer Team, earning BIG EAST Co-Goalkeeper of the Year and All-BIG EAST First Team awards.

Dallas is now entering his 5th year playing professionally in the U.S., as a Goalkeeper for USL sides FC Cincinnati and Phoenix Rising before playing for USL League One side Greenville Triumph SC in 2019.

Reunited with former FC Cincinnati Head Coach John Harkes in Greenville, Dallas put in a remarkable year in goal in 2019, being named USL League One Goalkeeper of the Year, as well as earning Golden Glove honors.

Dallas also plays for the Guam National team with 15 caps, and in 2017 was named Man of the Match in Guam’s World Cup Qualifier versus Oman.

None of this would’ve been possible if Dallas hadn’t had the right type of guidance in the recruiting process. iSoccerPath is more than college coach designed and NCAA-approved – it’s family tested.

What are you waiting for? For more information, visit www.iSoccerPath.com to find out what programs are best suited to help your soccer player fulfill their potential today.