SAN RAMON, CA (Apr. 15, 2019)- iSoccerPath, the premier education company for families of prospective college soccer athletes, is proud to announce the promotion of Coaching Director Rod Underwood to Director of Club Relations. Under this new position, Underwood will be oversee iSoccerPath sales and coaching directors as well as manage the individual club, leagues and State Association relationships across the Country.

Rod brings over 20 years of experience to the position, 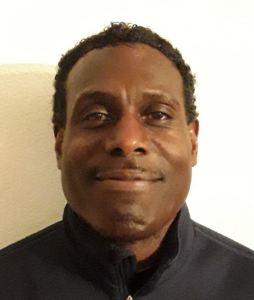 both on and off the soccer field. Before joining iSoccerPath, Rod’s talent and leadership led him to serve as head coach, director and staff positions at organizations such as the Montego Bay United FC, 1st Division Jamaica, the Cleveland City Stars, North East Stars in the TT Pro League, Portland Timbers FC, and the Sacramento Republic FC.  Rod now uses his vast knowledge and experience in club soccer to help players achieve their dreams of becoming college athletes with iSoccerPath’s strategic online platform.

“I met Rod a few years ago when we were hosting the Sac Republic Academy College Panel,” says Jeff Jaye, Founder and President of iSoccerPath. “We hit it off immediately learning we had very similar goals and ideas when it came to help educate parents and players on the right way to get into college. Little did I know how extensive his background and resume was in soccer at the time. Adding him to our executive team is a huge win for our clubs and leagues around the Country.”

“I have been involved in iSoccerPath for a few years now and the more I remain on the sidelines coaching the more I realize players need help with the college identification process and that is why I wanted to take on more of a role at iSoccerPath,” says Rod.

Since 2016, iSoccerPath’s online education platform and detailed modules have helped club and high school players achieve their dreams of becoming collegiate soccer athletes. Assessed by the governing body of college sports as a non-recruiting company*, iSoccerPath’s parents and players receive important information and the secrets about the process directly from college coaches on iSoccerPath’s panels and in their proprietary learning modules. To learn more about iSoccerPath, visit www.isoccerpath.com.