Is my son too young for an ID Camp?

Previous Next
Is my son too young for an ID Camp? 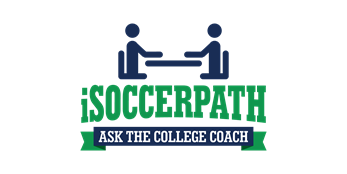 Welcome to SoccerNation’s “Ask The College Coach” column. In this series we take questions from soccer parents from around the country and have real, currently employed college coaches answer. If you’re interested in having a coach answer your question, please send us an email at news@soccernation.com with the subject “Ask the College Coach”.

I have a 14 year old, eight grade boy. A friend of mine recently told me about college ID camps.  He was offered a scholarship at one, a year ago when he first got here and was learning English. I looked into it and found 5 universities around where I live that will have one this summer. Two division 1 schools and three division 2 schools.All they say is that player must be at least 14 years old.  Do you think he is too young or it’s to early for him to go? Is it a waste of money?

I don’t expect him to get a college offer at this age. With him not even being in high school. He is not a soccer phenomenon or something. He does kick the ball around with some of my friends that played in college and physically he definitely keeps up. Skill wise he’s not as fine tuned yet. I’m hoping he gets some good training and has a cool experience of what college soccer is . Gets inspired and gets a no bullshit assessment of what he needs to work at to play at the college level.

Secondly, my son plays goalie mainly but after he hurt some fingers began playing center back too. He plays both well. I wasn’t sure about his college aspirations because he has only been playing competitive soccer for two years. It hasn’t been in the top levels either even though it’s pretty competitive here in San Diego. So, I was unsure if his aspirations were realistic however after seeing how he did with my friends, I decided to ask two clubs playing in some of the higher levels if he can just train with them and to my surprise he didn’t look like a fish out of water. Even looked good at times. When choosing a team should he choose the team playing at the highest level but he might not play as much or the one he plays in the most? The whole what’s most important for development. Level of competition or playing time dilemma.

Thank you for your time,

Is he to young to go to an ID Camp? I think it depends in how your approaching it. Meaning if it’s a school of interest then to get on the coaches radar sooner rather than later could help your ability to be looked at longer and more closely than maybe someone who comes to the ID Camp as a Junior or Senior. That being said I wouldn’t break the bank on a ID Camp.

If you’re not necessarily looking at one college, then I would see if there are going to be multiple coaches at the ID Camp that can take a look at you and allow you an introduction to several different coaches from different Universities or Colleges.

I’m a firm believer of not getting caught up in whether the ID Camp is Div I or Div II. More importantly, look at what the University or College might offer you as a potential future S-A.  Is it a waste of money? I guess I can’t answer that as each ID Camp is run differently and it depends on what you’re looking as a “waste”. Some might find just playing games as a good ID Camp and some might find an ID Camp that has more instruction and small sided drills as more productive. Waste of money depends on what your looking for.

To go with the assessment again that will be determined by the ones running the camp and how they do feedback. ID Camps for many Coaches are used as a tool to evaluate future players, so therefore a coach running a 1 day ID Camp probably isn’t going to give you a written evaluation. However, most would say if you have any questions you can stay after the ID Camp and ask or if your a Junior or Senior then you can e mail the coach and have him get back to you.

Since your child is in 8th grade I would say the level initially isn’t as important. The key is to develop and play in as many games as possible. As he gets older then you may want to look at moving him up. However, like a coach once told me, “you don’t get recruited from the bench.”

So if you’re going to play minimal minutes at higher level, when he gets a bit older then I would say find a team where he can get minutes and grow as a player. Then you might have to go to a few more ID Camps to give the exposure for your son as depending on the team they may not be playing in the major tournaments and not getting looked at like he would be if he’s part of the higher level team. Again, it’s all about finding the right fit and balance.  The key is developing.

Ian Hennessy at the University of Delaware

Ian Hennessy at the University of Delaware

ASK THE COLLEGE COACH – WHAT DO WE NEED TO KNOW ABOUT DIVISION 3 SCHOOLS?